We are made of beat up Chuck Taylors and over-played New Order records. We are also so very through being cool.

In 2013, Dacia was a lowly classical music librarian at Houston Public Radio. But she lived a secret double life as an audio producer (mostly in her mind). As legend has it, she got fed up with not understanding what the classical music announcers at the station were saying, so she challenged them to teach her about the music – in a recording studio. Peabody Award-winning producer Todd Hulslander got suckered into recording the conversations. Soon, Dacia and Todd became a lean, mean podcasting team. In 2015, trumpet player and former music educator Mark DiClaudio got involved with the show behind the scenes and wouldn’t go away, so they decided to keep him.

Dacia moved the show and herself to Seattle in late 2017. You can hear her other interview series on KING’s new music project, Second Inversion on which she’s also a DJ, baby.

Listeners – you are our sun! Our moon! Our starlit skies! Without you, we dwell in darkness.

But we also owe a big hand to our partners, KING FM who give us wings to fly, Houston Public Media who got us into this mess in the first place, New Why who gave us this sweet little home on the interwebs and made it look pretty sharp if they do say so themselves, and to our sponsor, Maestro Classics. Thanks, pardners! 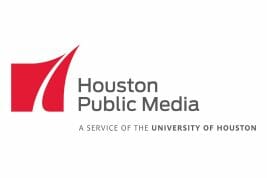